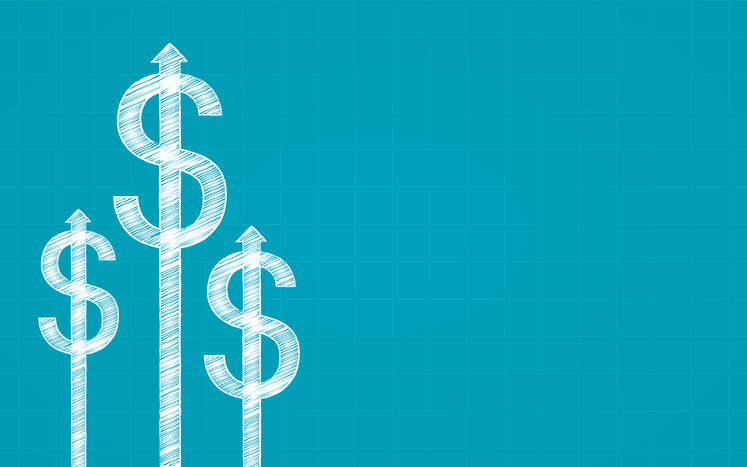 The need for understandable and transparent pricing for medical services in the U.S. has increased in urgency with the continuing rise of out-of-pocket healthcare costs.

Americans are delaying healthcare because they are unsure of the cost or they cannot afford it. A recent Willis Tower Watson (WTW) survey of 9,600 U.S. workers showed that 4 in 10 people deferred healthcare in the past year, with 28% delaying or canceling a medical procedure and 17% not filling a prescription.

Recent federal mandates are inching price transparency forward with the goal of improving care while reducing waste and reigning in costs. With lab values as the basis for 70 percent of medical decisions, lab testing transparency for price and appropriate use is essential to lowering costs for patients.

You can’t flip a transparency switch

With healthcare affordability as a big concern, Americans are becoming more involved in managing their care, and that includes switching health insurance plans to secure the best benefits and reduce out-of-pocket costs. To help support these consumer decisions, recent federal regulations were enacted.

Even with the government stepping in to improve access to pricing data and reduce unexpected costs, we are still far from having universal lab testing transparency. Achieving full transparency will require: 1) coordinated education, 2) simpler data access, and 3) the strategic implementation of payment integrity programs to eliminate unnecessary lab tests while identifying underutilized tests that improve patient care and outcomes.

Education about the impact of lab testing location on cost has to move “upstream” in the care process. Today, that often happens after the lab test has occurred. Patients and their physicians need to understand and discuss which lab testing locations bring the most value and inform the best care.

The lab test location can result in increased costs, over-testing, and unnecessary tests.

Hospital-owned labs are typically paid more than independent labs. Lab tests performed at hospital-owned labs are generally 2.5 to 4.5 times the cost of an independent lab. Avalon’s analysis of paid claims demonstrates that hospital outpatient labs are paid on average 300%-400% of Medicare’s independent diagnostic fee schedule. Hospitals frequently argue they need to charge more to support their specialty test innovation and development. That doesn’t hold true for routine testing, though. For example, some hospitals will be reimbursed $100 for a routine test, while an independent or non-hospital lab will be reimbursed on average $20 for the same test, performed on the same machine.

Physician office lab testing is more costly and more frequent. When physician offices have their own lab equipment, our analysis of paid claims demonstrates that physician offices are reimbursed on average 120% to 130% of Medicare’s independent diagnostic fee schedule for those tests. In addition, the frequency of lab testing increases when the laboratory testing is performed in the physician’s office. When the elapsed time between tests is less than the time it takes for the body to produce new chemicals in the body (measured by the half-life of the chemical) this is not a clinically useful frequency of testing.

Our analysis of paid claims demonstrates independent labs conduct the most clinically useless test units. The laboratory industry develops the test order menus from which physicians order labs. While developing panels, which represent useful tests commonly ordered together, the labs will add additional tests that are not useful to the physician’s diagnostic evaluation. This is known as panel stuffing in the industry. Panel stuffing is a wasteful practice that adds unnecessary tests (those that don’t comply with a health insurance plan’s published policies) within routine lab panels and increases test costs for patients.

Consider that several labs add an experimental subcomponent analysis of Vitamin D to the Vitamin D panel menu. Also, consider that many labs, on the menu for evaluation of thyroid, include seven unique tests when two are important to the most common clinical scenarios. This raises the cost of routine thyroid testing from around $30 to about $137.

Lab tests that lack clinical indications can lead to unneeded sample collection from patients as well as a higher risk of false-positive results and unnecessary costs. We identified that on average there is approximately $2 per member/per month worth of obvious waste in processed claims. This represents the total amount allowed for the testing. Patients, on average, pay 1/3 of the cost at the point of service and payers pay the other 2/3 of that cost. Another way to look at this same data is that for every 1 million members with health benefits, approximately $24MM dollars of useless testing is reimbursed per year, with patients paying $8MM of that out of pocket.

Promoting lab testing at the right location—for both cost and care—may be harder than it sounds. Physicians who are part of health systems may be pressured and/or incentivized to send patients to the affiliated hospital labs. Plus, payers are often hesitant to educate their members about lower-cost lab testing options because of various provisions in their contracts with hospitals.

Sharing the facts about lab testing locations will require a national education campaign—much like the campaign conducted for the $0 co-pay generic drugs—to motivate patients to insist on having lab testing performed at lower-cost locations and to only pay for tests that benefit patient care.

Patients, providers, and payers all want the right care. Appropriate lab testing is a critical driver behind this. The demand for lab testing is growing as more providers recognize the importance lab results play in confirming the diagnosis, monitoring patients’ treatment responses, and monitoring diseases significant to public health (i.e., Covid-19). The high prevalence of chronic and acute diseases, an aging population, and advancements in genetic testing are also fueling this growth. There is an expected  10% compounded annual growth rate through 2029.

Receiving the right care should be as simple as having the right lab test at the right time (in the right location). However, the current healthcare ecosystem includes trends that undermine the journey to this valuable goal. When looking closely at the 13+ billion lab tests performed annually across the U.S., 30% of lab tests are unnecessary, 30% of patients don’t receive the tests they need, and 1 in 3 genetic tests are ordered in error.

When you consider that lab testing is the gateway for diagnosis and treatment of many conditions, it transforms each test from being a passive event to a critical data point for proactive value-based care success. With this backdrop, a payment integrity program that includes lab benefit management can serve as a strategic lever to curb these negative testing trends and advance the Triple Aim.

With sound science at the core, payment integrity programs provide input from policies developed by independent clinical boards on what types of tests are not evidence-based and emphasize the appropriate units for routine and genetic testing. This process flags non-adherent tests (from both panel stuffing and inappropriate genetic test orders) and underutilized tests that can inform patient care, especially in cancer care. The ultimate impact is for patients to receive the right tests at the right time to better inform diagnoses and care plans, reduce waste in time and treatments that are not helping patients, and achieve cost alignment that drives the right outcomes.

As the U.S. healthcare industry continues to advance value-based care and population health, lab testing price transparency and payment integrity programs should be a priority.